A Basket Full of Figs 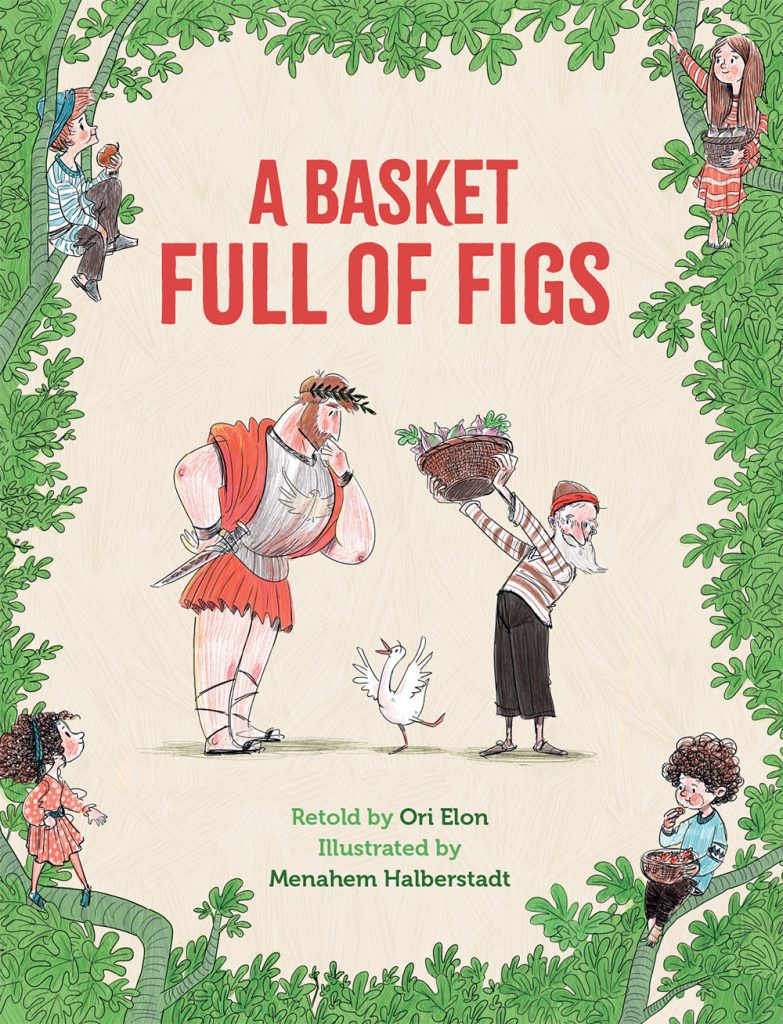 ‘I plant a fig, I plant a gift. For children, for the coming generations.’

When the Emperor Hadrian gallops into the village, its inhabitants hide in fear. All except one. An old man, almost one hundred years old, comes outside to plant a fig tree.

Hadrian stops his horse. ‘What are you doing?’ he asks the old man. ‘That tree is so small and you are so old! Surely you won’t live long enough to eat its fruit!’ The old man responds: ‘if I don’t then my children will’.

Three years later, Hadrian returns. Meeting the old man again, he is shocked to see that the tree has grown and it is covered in figs. The old man’s prophecy of gifts for future generations has come true.

Recreating one of the Midrash’s most beautiful tales, A Basket of Figs teaches the importance of caring for the environment and consideration for our fellow human beings.

Ori Elon is an award-winning Israeli filmmaker and writer. He is the author of Invisible Show, which won the Israeli Ministry of Culture Best Novel award. He has written several children’s books including The Chickens that were Turned into Goats, King Gogle and In the Z’akrobat. He is the co-creator and writer of the critically acclaimed television drama Shtisel which won 17 Israeli Academy Awards. He was one of the writers of the drama series Srugim, the mini series Autonomous and the comedy The Choir.

Menahem Halberstadt studied painting and drawing under the instruction of the famous Israeli artists Leonid Balaklav and Aram Gershuni. Following this, he studied animation at the Betzalel Academy and graphic design at Hadassah Academic College, Jerusalem. He works as an illustrator with a number of publishing houses in Israel and lives in Israel with his wife and four children.